Background:
The Baja California peninsula in Mexico is a land feature drifting away from the continent due to tectonic plate movement leaving in its path scars of well-defined and studied faults system. An aerial LiDAR survey of the Agua Blanca fault corridor was collected by NCALM to primarily delineate its trace and locate offset features along its path to eventually estimate fault slip rates. Faults may act as barriers or conduits of water that may enable the development of vegetation patches. It is known the presence of water springs and native long-lived high vegetation patches along the Agua Blanca fault. As a secondary use of the aerial LiDAR survey, we intend to demonstrate that the spatial distribution of native long-lived high trees (like oaks) in the region is influenced by the Agua Blanca fault, indirectly by the persistent water resource from its springs. 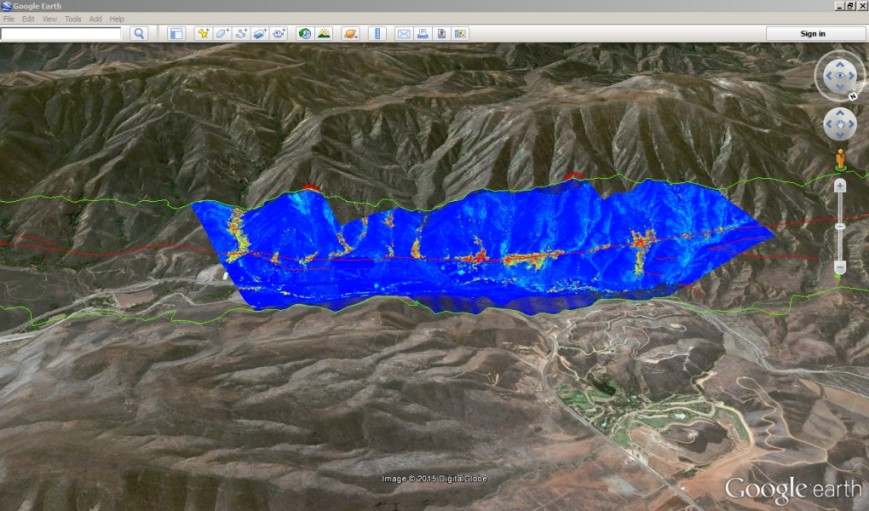 Goal:
The aim of this research is to assess through remote sensing the relation of the spatial distribution of native vegetation patches and the Agua Blanca Fault in Ensenada, Baja California, Mexico. We plan to use spatial analysis tools on passive (optical) and active sensors data to achieve our goal. A Canopy Height Model (CHM) will be calculated from the LiDAR data using the “pit-free” algorithm of (Khosravipour et.al., 2014) that can be implemented with LAStools. We will then investigae spatial correlation of the fault traces delineated from a Digital Terrain Model (DTM) and the vegetation patches obtained from the CHM. Hydrology models will be applied to the DTM in order to differentiate vegetation patches occurring in accumulation zones (like canyons) from those occurring along fault traces.