Background:
The New Zealand Kauri trees (or Agathis australis) are under threat by the so called Kauri dieback disease. This disease is caused by a fungi like spore, which blocks the transport for nutrition and water in the trunk and finally kills the trees. Symptoms of the disease in the canopy like dropping of leaves and bare branches offer an opportunity for analysing the state of the disease by remote sensing. The study site covers three areas in the Waitakere Ranges, west of Auckland with Kauri trees in different growth and health classes.

Goal:
The main objective of this study is to identify Kauri trees and canopy symptoms of the disease by remote sensing, in order to support the monitoring of the disease. In the first step LAStools will be used to extract the tree crowns and describe their characteristics based on height metrics, shapes and intensity values from airborne LiDAR data. In the second step, the spectral characteristics of the tree crowns will be analyzed based on very high resolution satellite data (WV02 and WV03). Finally the best describing spatial and spectral parameters will be combined in an object based classification, in order to identify the Kauri trees and different states of the disease.. 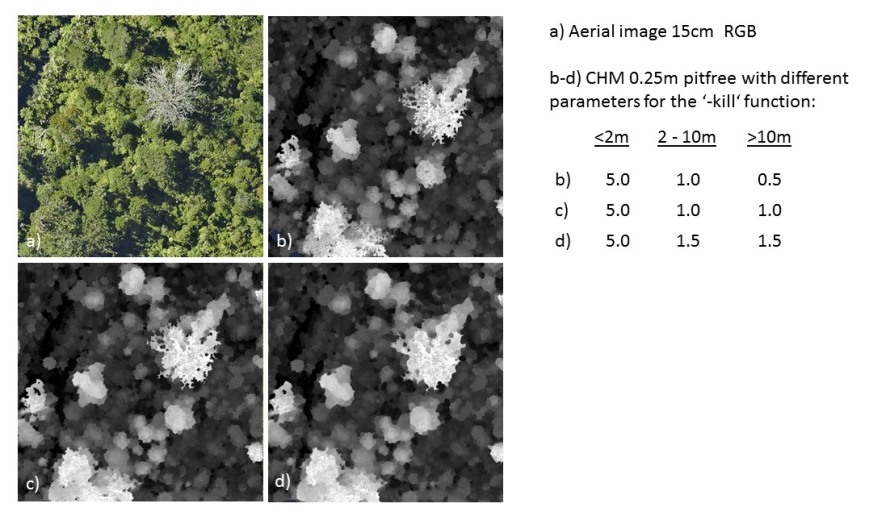